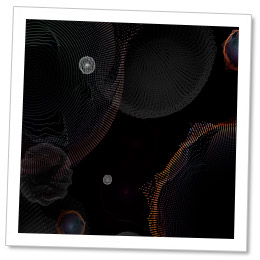 Check Point Threat Intelligence and research teams recently discovered a high volume Chinese threat operation which has infected over 250 million computers worldwide. The installed malware,  Fireball, takes over target browsers and turns them into zombies. Fireball has two main functionalities:  the ability of running any code on victim computers–downloading any file or malware, and  hijacking and manipulating infected users’ web-traffic to generate ad-revenue. Currently, Fireball installs plug-ins and additional configurations to boost its advertisements, but just as easily it can turn into a prominent distributor for any additional malware.

This operation is run by Rafotech, a large digital marketing agency based in Beijing. Rafotech uses Fireball to manipulate the victims’ browsers and turn their default search engines and home-pages into fake search engines. This redirects the queries to either yahoo.com or Google.com. The fake search engines include tracking pixels used to collect the users’ private information. Fireball has the ability to  spy on victims, perform efficient malware dropping, and execute any malicious code in the infected machines, this creates a massive security flaw in targeted machines and networks. Ironically, although Rafotech doesn’t admit it produces browser-hijackers and fake search engines, it does (proudly) declare itself a successful marketing agency, reaching 300 million users worldwide – coincidentally similar to our number of estimated infections. A BACKDOOR TO EVERY INFECTED NETWORK

Fireball and similar browser-hijackers are hybrid creatures, half seemingly legitimate software (see the GOING UNDER THE RADAR section), and half malware. Although Rafotech  uses Fireball only for advertising and initiating traffic to its fake search engines, it  can perform any action on the victims’ machines These actions  can have serious consequences. How severe is it? Try to imagine a pesticide armed with a nuclear bomb. Yes, it can do the job, but it can also do much more.

These browser-hijackers are  capable on the browser level. This means that they can drive victims to malicious sites, spy on them and conduct successful malware dropping.

From a technical perspective, Fireball displays great sophistication and quality evasion techniques, including anti-detection capabilities, multi-layer structure and a flexible C&C– it is not inferior to a typical malware.

Many threat actors would like to have  a fraction of Rafotech’s power, as Fireball provides a critical backdoor, which can be further exploited.

GOING UNDER THE RADAR

While the distribution of Fireball is both malicious and illegitimate, it actually carries digital certificates imparting them a legitimate appearance. Confused? You should be.

Rafotech carefully walks along the edge of legitimacy, knowing that adware distribution is not considered a crime like malware distribution is. How is that? Many companies provide software or services for free, and make their profits by harvesting data or presenting advertisements. Once a client agrees to the installment of extra features or software to his/her computer, it is hard to claim malicious intent on behalf of the provider.

This gray zone led to the birth of a new kind of monetizing method – bundling. Bundling is when a wanted program installs another program alongside it, sometimes with a user’s authorization and sometimes without. Rafotech uses bundling in high volume to spread Fireball. According to our analysis, Rafotech’s distribution methods appear to be illegitimate and don’t follow the criteria which would allow these actions to be considered naïve or legal. The malware and the fake search engines don’t carry indicators connecting them to Rafotech, they cannot be uninstalled by an ordinary user, and they conceal their true nature.

So how do they carry digital certificates? One possibility is that issuers make their living from providing certificates, and small issuers with flexible ethics can enjoy the lack of clarity in the adware world’s legality to approve software such as Rafotech’s browser-hijackers.
THE INFECTION MODEL

As with other types of malware, there are many ways for Fireball to spread. We suspect that two popular vectors are bundling the malware to other Rafotech products – Deal Wifi and Mustang Browser – as well as bundling via other freeware distributors: products such as “Soso Desktop”, “FVP Imageviewer” and others.

It’s important to remember that when a user installs freeware, additional malware isn’t necessarily dropped at the same time. If you download a suspicious freeware and nothing happens on the spot, it doesn’t necessarily mean that something isn’t happening behind the scenes.

Furthermore, it is likely that Rafotech is using additional distribution methods, such as spreading freeware under fake names, spam, or even buying installs from threat actors.

As with everything in the internet, remember that there are no free lunches. When you download freeware, or use cost-free services (streaming and downloads, for example), the service provider is making profit somehow. If it’s not from you or from advertisements, it will come from somewhere else. HOW CAN I KNOW IF I AM INFECTED?

To check if you’re infected, first open your web browser. Was your home-page set by you? Are you able to modify it? Are you familiar with your default search engine and can modify that as well? Do you remember installing all of your browser extensions?

If the answer to any of these questions is “NO”, this is a sign that you’re infected with adware. You can also use a recommended adware scanner, just to be extra cautious. THE RED BUTTON IN THE WRONG HANDS

It doesn’t take much to imagine a scenario in which Rafotech decides to harvest sensitive information from all of its infected machines, and sell this data to threat groups or business rivals. Banking and credit card credentials, medical files, patents and business plans can all be widely exposed and abused by threat actors for various purposes. Based on our estimated infection rate, in such a scenario, one out of five corporations worldwide will be susceptible to a major breach. Severe damage can be caused to key organizations, from major service providers to critical infrastructure operators to medical institutions. The potential loss is indescribable, and repairing the damage caused by such massive data leakage (if even possible) could take years.

Rafotech holds the power to initiate a global catastrophe and it is not alone. During our research we’ve tracked down additional browser-hijackers that, to our understanding, were developed by other companies. One such company is ELEX Technology, an Internet Services company also based in Beijing  produces products similar to those of Rafotech. Several findings lead us to suspect that the two companies are related, and may be collaborating in the distribution of browser-hijackers or in trading customers’ traffic. For example, an adware developed by ELEX, named YAC (“Yet Another Cleaner”) is suspected to be connected to Rafotech’s operation, dropping its browser-hijackers.

In this research we’ve described Rafotech’s browser-hijackers operation – possibly the largest infection operation in history. We believe that although this is not a typical malware attack campaign, it has the potential to cause irreversible damage to its victims as well as worldwide internet users, and therefore it must be blocked by security companies.

The full distribution of Fireball is not yet known, but it is clear that it presents a great threat to the global cyber ecosystem. With a quarter billion infected machines and a grip in one of every five corporate networks, Rafotech’s activities make it an immense threat.

HOW DO I REMOVE THE MALWARE, ONCE INFECTED?

To remove almost any adware, follow these simple steps:

Note – A usable program is not always installed on the machine and therefore may not be found on the program list.

Information Technology Consultant. For SMB, SOHO, and Online business. From Computers to Telecommunications this guy has been into it since hippies made it hip. Drone Pilot and Tech Aficionado I get to travel the State of Texas to help businesses succeed.

Store Notice - Like we have this notice here to inform you that there is something going on with our ecommerce processing system. A FYI, we can't accept any invoice payments Dismiss

We use cookies to ensure that we give you the best experience on our website. If you continue to use this site we will assume that you are happy with it. How do we use these cookies?  A: The structure of our site, everything is parsed to their specific Db tables. And after 90 days, deleted. Fine... Privacy Policy